The passage of time dulls the senses, so it’s almost impossible to truly recall the shock and horror of that day and the unified sense of purpose of the time immediately following the worst attack on U.S. soil in our country’s history.

The attack was carried out via four jetliners hijacked by 19 members of al-Qaeda. One was crashed into the Pentagon. Brave passengers prevented another Washington D.C. target from being hit by overpowering the hijackers on their plane over Pennsylvania. Two were flown into the twin towers of the World Trade Center in New York City. 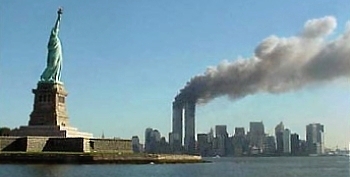 Two thousand, nine hundred and seventy-seven (2,977) people from 70 countries became innocent victims that day, including every passenger and crew member on all four airliners. Many of us personally knew at least one of the victims.

The impact on our country – from airports to border crossings – has been widespread and enduring. Whole new federal agencies have been created and law enforcement powers have been expanded.

Most critical, though, is that we – each American citizen – remember. Remember what we’ve suffered, but also what we’ve overcome. Through the diligence and hard work of the American people the United

States has recovered, and then some. Our economy and our country are strong and will grow stronger, because of our people, as long as we are diligent and continue to have confidence in each other and our way of life.

The best response we can have now is to do just that – live out the American dream, and let our success speak for itself. As the years go by it is important that we not forget that day and the damage done by those intent on destroying our country and our freedom. In order to commemorate this day many will show images of fire and destruction.

But the best reply to those who wanted to forever change our lives that day is to not let them, and to not focus on the damage they did.

So on this day, absolutely remember. Remember to:

Together we can make something better. Something beautiful and new – and we can and should focus on that.

May God bless the United States of America and our future.

We Will Never Forget and Never Surrender On this, the 10th anniversary of that day, we will see a lot of images of the first attack of this kind on our own soil. Understanding 9/11 is a collection of live television video from that day that brings back some of the sense of shock and disbelief we all shared.

Despite all that we suffered that day, though, we still stand strong. In the midst of the rubble, before the smoke even died down, everyday people found ways to show that we would not be beaten, we would not surrender.

Please take a moment today to remember and pray for the fallen victims and heroes from that day and the loved ones they left behind.